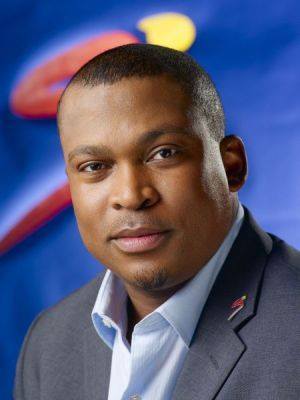 The sports and radio presenter was due to come on air on Thursday for his programme, “Thursday Night Live With Marawa” which is broadcast on SuperSport 4 at 8:30 pm when he received a message from the broadcaster.

Marawa said that he received the message at 6:50 pm, advising him not to bother coming to the studio. Writing on Twitter, Marawa said:

@SuperSportTV … I would like to thank all those who have supported my journey as a Sportscaster & those I’ve worked with at Supersport!

Marawa did not disclose to his fans the reasons for his departure, but only said:

One day you will ALL know. It will cost my life but you will know.

Marawa’s co-presenter, Thato Moeng, later handled the show on her own. She reportedly said on a number of occasions on air that it was the last show.

Marawa had earlier on Thursday tweeted about “the mafia” and “sexual harassment”;

The Mafia!! Incorporated with lackeys. An amazing story!! 👌🏽

… Working and reflecting…Imagine paying for a service where people who r guilty of sexual harassment r employed and encouraged to work!! Lovely hey…

SuperSport released a statement on Thursday night which reads as follows:

SuperSport is in the process of an exciting refresh of its local presenter line-up, which will be unveiled as part of our new football season campaign.

This restructure includes us not pursuing our contractual relationship with Robert Marawa.

Robert was personally advised of our decision earlier this week.

We are grateful for his contribution over the years and wish him great success in his future endeavours.