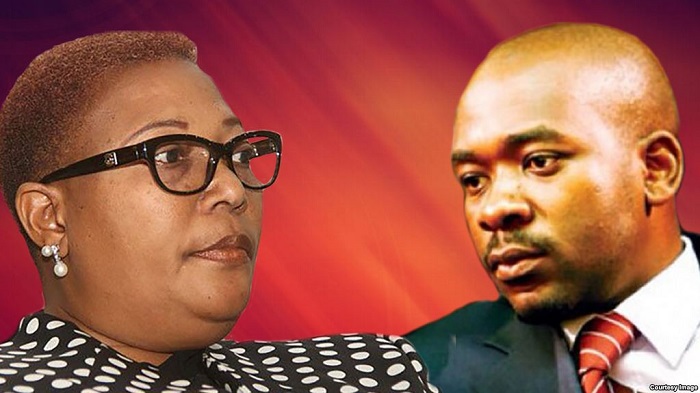 The Acting Coordinator of Global Zimbabwe Forum NPO, Luke Edward Mudzimu Dzipange Zunga has urged the MDC to swallow its pride and address the issues that were identified by the High Court.
Zunga thinks that inviting Khuphe to lead the party until Congress must have been the first thing by MDC leadership. He writes:

Chamisa and Khupe should convene MDC-T executive meeting, Khupe sits in as Acting President and ratify what they did in the past– that Chamisa pulled together an MDC Alliance which confirmed and fielded candidates in constituencies for the past general election and that Khupe confirmed and fielded her MDC-T parliamentary candidates.   Confirm both nominations of candidates of the past election. Change the impending congress to an Extraordinary Congress with one agenda – appointing  President of the party.

He also suggests that only the president be elected at the extraordinary congress. For him, the delay in electing other office-bearers would unite the party and also robs ZANU-PF of the chance to manipulate the party.

Moreover, Zunga believes that rectifying the issues identified by the court ruling might prevent the suspension of MDC members from Parliament. The nullification of Chamisa’s presidency cascades down to them.

Zunga further claims that Khuphe’s departure from the MDC was also irregular hence invalid. Resultantly, her MPs would suffer the same fate as that of Chamisa’s MPs. This, for him, gives ZANU PF unchallenged power to make decisions in Parliament.

He also noted that even the upcoming election might be challenged and declared null and void.