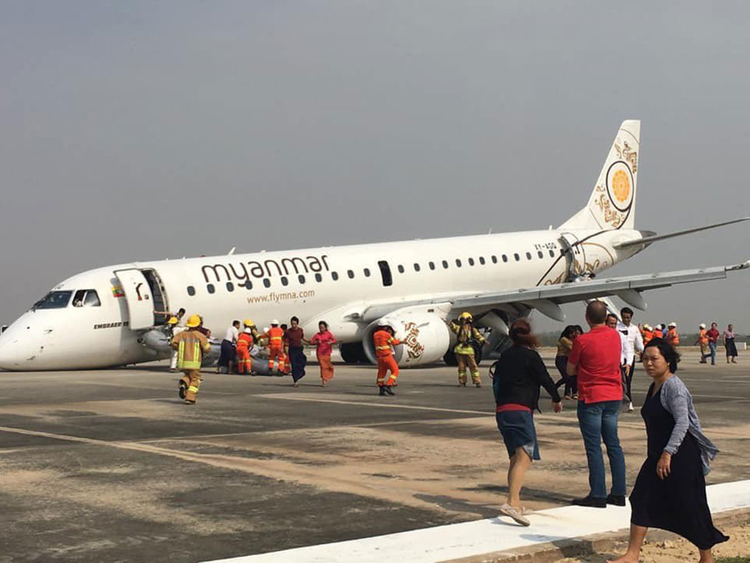 A Myanmar pilot safely landed a jet without front wheels after the landing gear failed to deploy.

The pilot of the Embraer 190 operated by Myanmar National Airlines, was praised for the landing at Mandalay airport with none of the 89 passengers hurt.

The airline revealed that Captain Myat Moe Aung was forced to circle the airport twice while air traffic controllers checked the plane to see if the landing gear was down.

The Embraer 190 plane had left Yangon and while approaching Mandalay, the pilot could not extend the front landing gear.

He then followed emergency procedures and burned excess fuel to reduce the aircraft’s weight.

The plane landed on its rear wheels before the nose touched down on the runway.

The plane skidded for about 25 seconds before coming to a halt.

All the passengers were safe.