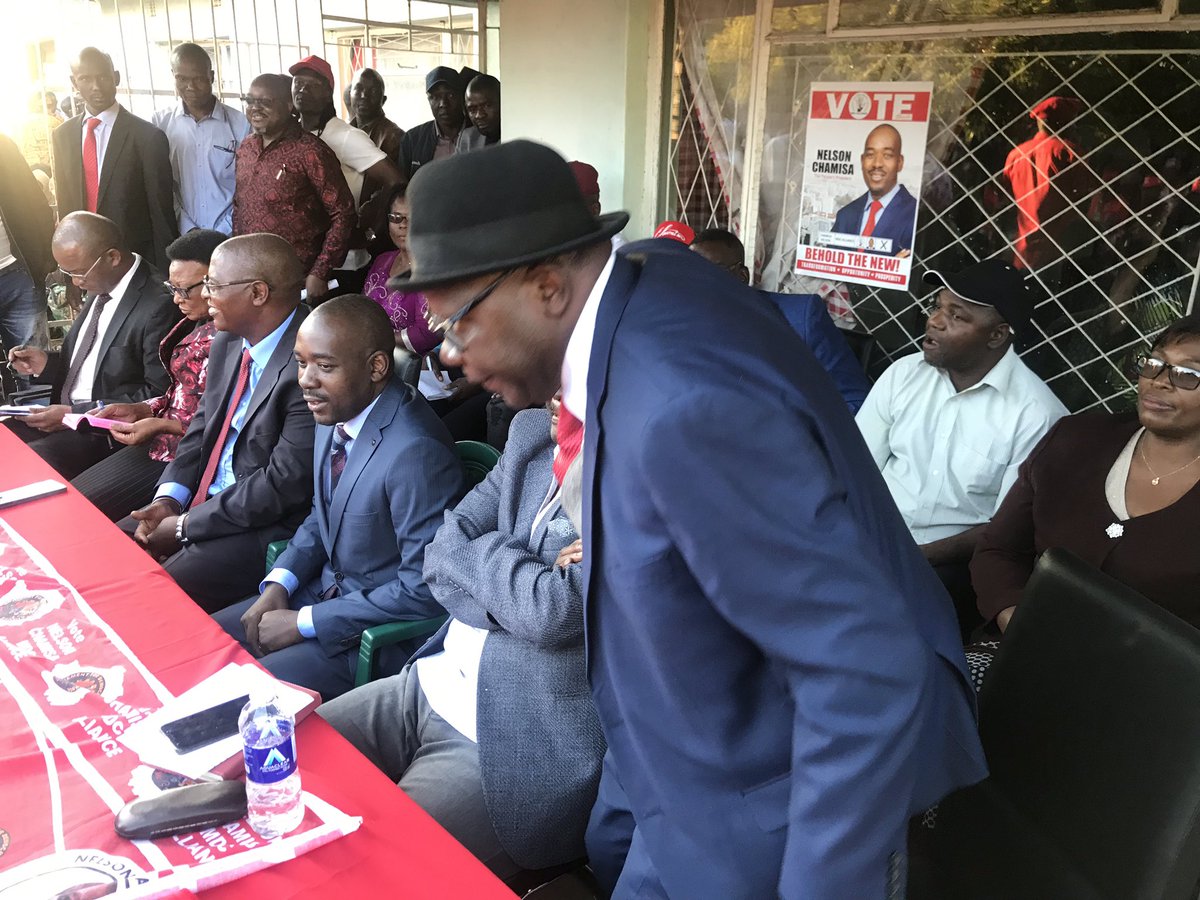 Nelson Chamisa, leader of the opposition MDC has said that president Mnangagwa will not succeed in destabilising the MDC because he is not God.

Officially opening the MDC Midlands caucus in Gweru on Friday, Chamisa claimed that ZANU-PF was behind the recent High Court ruling that nullified his leadership of the MDC. Chamisa said:

Zanu PF is panicking … now they are trying to stop our congress. They will not have everything go their way. ED (President Mnangagwa) is not God. He cannot have all his wishes succeed. Look at the economy, it is giving him problems. He is failing to deal even with sewerage blockages in towns.

Chamisa assured party members that the elective congress slotted for the 24th to the 26th of May will go on as planned. He also claimed that Zanu PF was diverting the focus of the masses from teething economic issues.

He also warned that beyond the congress, there will be a witch-hunting exercise meant to remove elements he said were working with ZANU PF.

These bold claims come at a time when both Douglas Mwonzora, the current MDC secretary-general, and deputy president Elias Mudzuri, have been accused of working with Zanu PF.

Meanwhile, whilst presenting his manifesto during the caucus, Mwonzora pledged his loyalty to the party and to Chamisa. He also narrated his experience and contribution to the party.