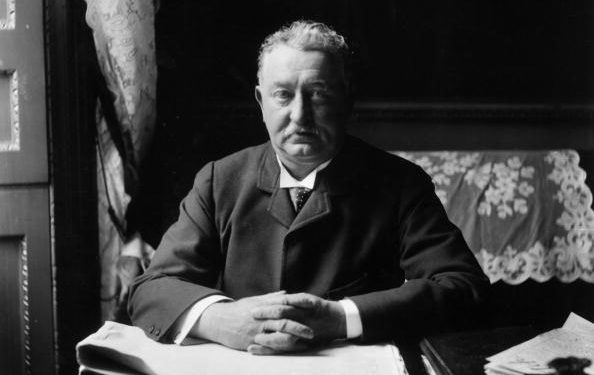 circa 1900: British colonial statesman and financier Cecil John Rhodes (1853 – 1902), who made a fortune from mining diamonds in South Africa and used his wealth to extend the British rule there. In 1890 he was made prime minister of Cape Colony. The area that was called Rhodesia (now Zimbabwe) was named after him. (Photo by Rischgitz/Getty Images)

General Sibanda also called on youths to have a sense of patriotism and direction.

He said this while delivering his speech as guest of honour at the Young Farmers Association inaugural independence dinner in Harare last week. Said General Sibanda:

You should nurture good entrepreneurial skills and commitment such as those possessed by Cecil John Rhodes, who while in his 20s and 30s, incorporated the British South Africa Company (BSAC) and its subsidiaries that structured the trade of major commodities for international markets.

I don’t worship Rhodes but where we need to use him as an inspiration then let’s do so.

General Sibanda called upon the Ministry of Agriculture to support youths through programmes such as Command Farming.