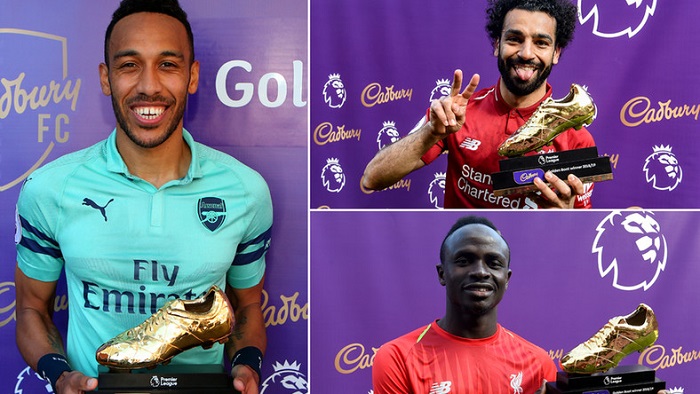 The league title was won by Manchester City after a very competitive season. The Citizens beat Liverpool to the title by just a point.

Mane and Aubameyang each scored twice on their final-day appearances to match their season tallies to last season’s golden boot winner Salah (Egypt).

Immediately after the scoring a brace against Burnley, Aubemeyang said:

I share this trophy with two other guys I like, great players and African. We are representing Africa, that’s cool.