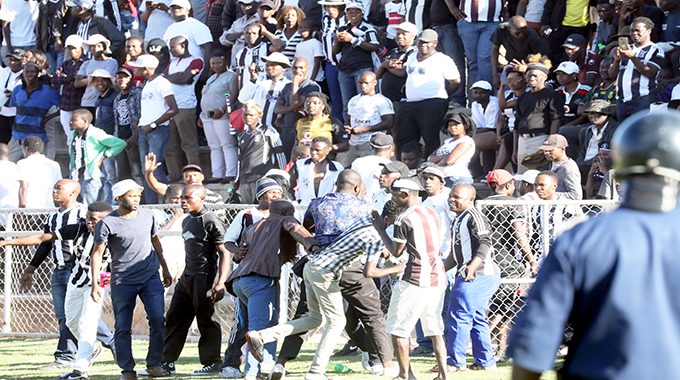 Violence erupted during the Chicken Inn vs Highlanders match played at Barbourfields Stadium in Bulawayo on Saturday afternoon.

Highlanders were well-beaten 3-0 by the Gamecocks and irate fans could not stomach the loss.

Anti-riot police had to move in to quell the disturbances and ensure that the match continued.