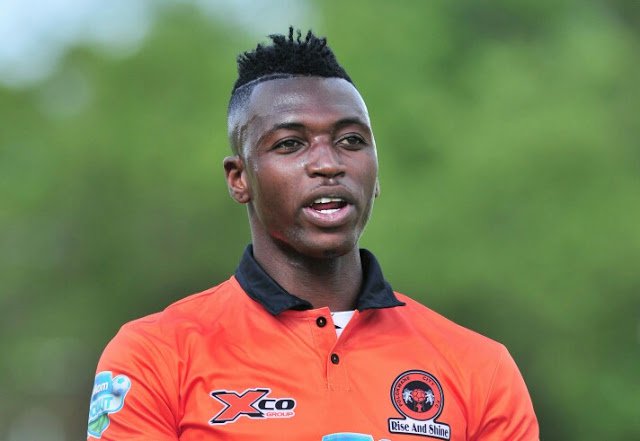 Walter Musona’s agent has rubbished reports that his client was arrested by South African police for theft.

Social media reports claimed that the Zimbabwe Youth international and Polokwane City striker was arrested for involvement with a criminal syndicate.

Musona’s manager, Mike Ngobeni, dismissed the rumours while addressing the media. He said:

Walter’s friend from Zimbabwe Bothwell Maligasi had asked Walter to accompany him somewhere after training but he said he was too tired to drive and in the end, he lent him his car and asked him to bring it back in the morning.

The guy took the car and did what he did somewhere and they were running away from the police when he smashed the car. The police wanted to confirm that the car belonged to Walter and to understand the facts but they never arrested him.

It is a pity that some people have rushed to conclude and are spreading damaging lies on social media.

Walter is trying to make an honest living from playing football here in Polokwane and he has been doing well for himself at the club and does not need to steal TVs or any property.