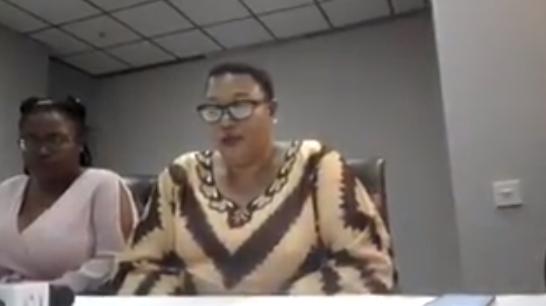 MDC-T president and Morgan Tsvangirai’s legitimate heir, Thokozani Khupe, has sought the help of the South African government to identify and deal with people who have been harassing her since the High Court ruled that she is the rightful president of the party.

Khupe claimed in a press conference on Saturday that she has been receiving abusive calls and messages from South African-registered numbers. Said Khupe:

This court action was never instigated or initiated by Khupe but it was done by someone else.

But unfortunately, I have been at the receiving end of abuse and this is distasteful and quite unfortunate.

So we are going to take action on that because we can’t just let these people go unpunished.

The majority of MDC supporters who are followers of Nelson Chamisa were angered by Wednesday’s High Court ruling which nullified Chamisa’s presidency.

As a response, their vitriol has been directed towards Khupe.