Jonathan Moyo has waded into the MDC leadership issue currently at hand saying Thokozani Khupe and Douglas Mwonzora’s political careers are dead. The exiled former minister in President Robert Mugabe’s government said the actions of the two following the judgment last week show that they are a danger to themselves.

Thokozani Khupe & Douglas Mwonzora are a danger to themselves. They think a court order can revive their dead MDC political careers. Khupe’s died at the polls in July 2018 & Mwonzora’s died when he failed to get even one nomination for MDC-Alliance President ahead of Congress!

Asked if he was saying the court ruling was influenced by Mwonzora & Khupe, Moyo responded:

Especially of Mwonzora, while piggybacking desperate Khupe. That’s now a public secret, not least because @DMwonzora has been openly & shamelessly talking & gloating too much about it. He thinks it’s his sucker punch against @nelsonchamisa when it is a spectacular boomerang!

Moyo’s statements come after Mwonzora himself tweeted that he wasn’t sure if the MDC MAY Congress would proceed given the judgement by Justice Edith Mushore. 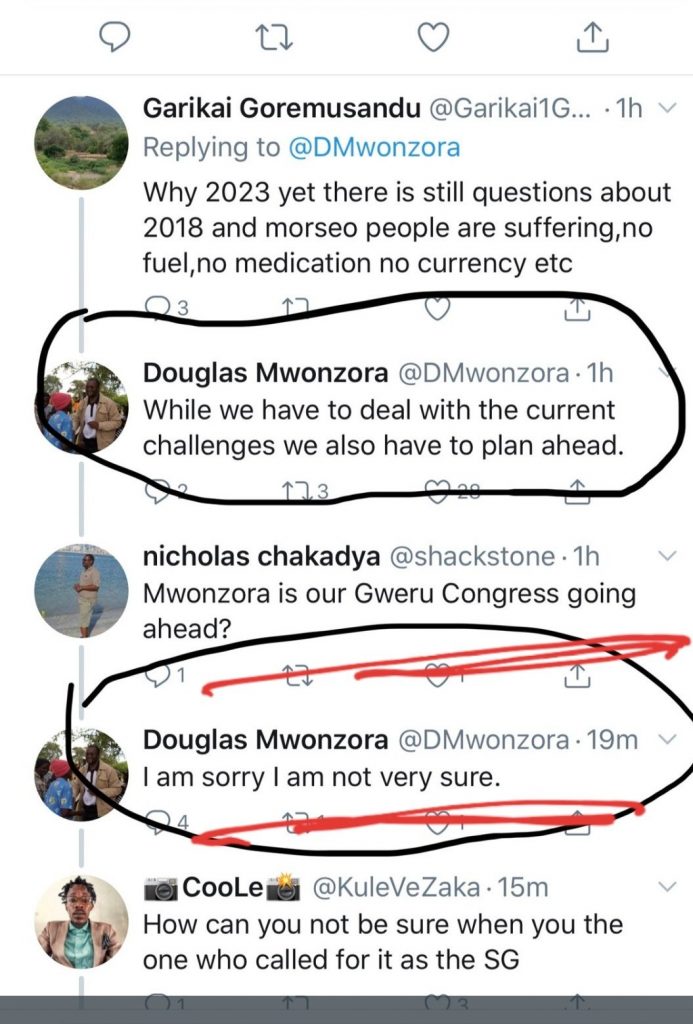