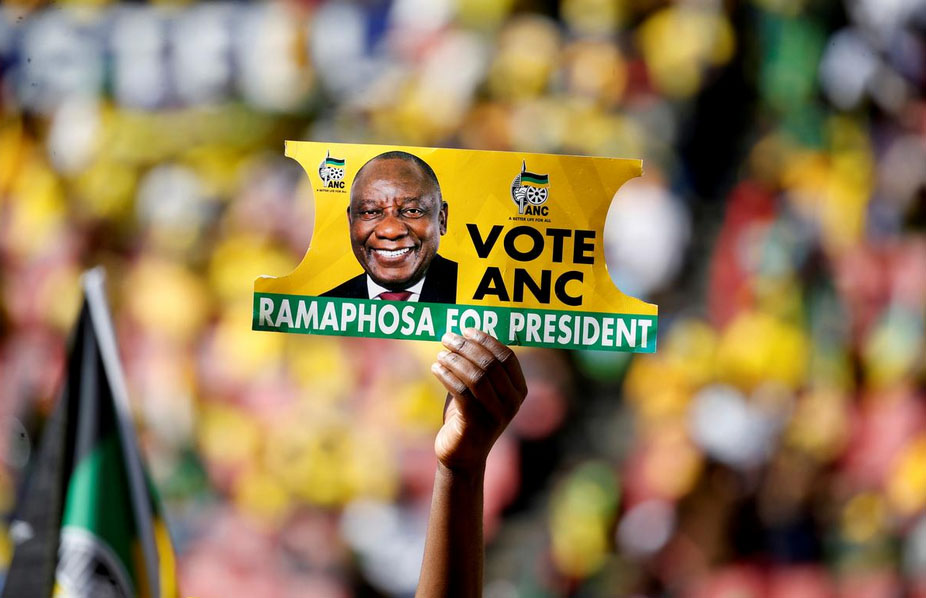 Ramaphosa was a game-changer for the ANC in this campaign. Voters trust that he can do things right.

Speaking on Wednesday after casting his ballot at a polling station in Soweto where he grew up, Ramaphosa said:

We’ve made mistakes, but we are sorry about those mistakes, and we are saying our people should reinvest their confidence in us.

Ramaphosa played a huge role as the ANC’s chief negotiator during the talks to end apartheid in the early 1990s.

It was Ramaphosa who held Nelson Mandela’s microphone while giving his first speech after release from prison in 1990.

Some historians are of the view that Mandela intended to anoint him as his successor but was pressured by war veterans to pick the son of Govan Mbeki, Thabo as his successor.

Ramaphosa was elected ANC president at the party’s last Congress but political analysts believe that Jacob’s Zuma supporters will try to wrestle back control of the party.