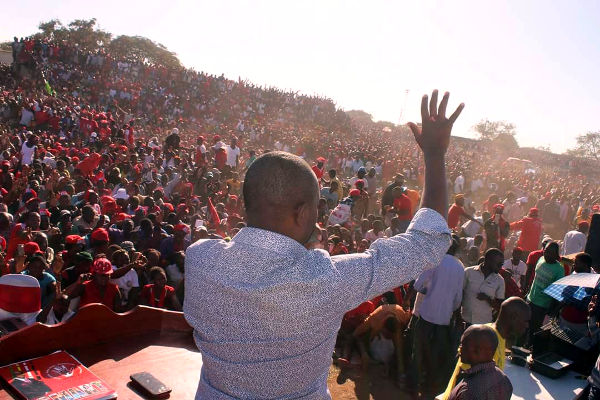 Political commentator, Tinashe Hofisi has said that the supporters of the MDC led by Nelson Chamisa are blinded by the party’s populist nature to the legal consequences of the party’s leaders’ actions.

In an article titled “High Court Rules Against Nelson Chamisa: The Battle Of Populism Vs Constitutionalism” Hofisi writes:

It is helpful to recall previous cases relevant to this discussion. In Movement for Democratic Change vs. Thokozani Khupe and Two Others HB 111/18, Nelson Chamisa’s MDC approached the High Court to stop Dr. Khupe from using the name MDC, MDC-Tor any of its derivatives. That case was dismissed since no court had ordained Chamisa’s party as the legitimate MDC. However, Justice France Bere singled out Dr. Khupe’s insistence on constitutionalism as highly commendable. Chamisa appealed that ruling in Movement for Democratic Change vs.  Thokozani Khupe and Two Others SC369/18.  In that case, he agreed to have the matter sent back to the High Court to determine the issue of the legitimate MDC party. But having so agreed, Nelson Chamisa quietly removed it from the High Court roll, with members of Dr. Khupe’s party celebrating the removal as evidence that Chamisa was aware of the weakness of his claim. The legal question of the legitimate MDC could have easily been settled if Chamisa had pursued his case in the High Court. Instead, and possibly realizing the weakness of his claim, he turned to the people to vote in the election and justify his position by popular acclamation. This explains both the party disdain for constitutionalism and their unrelenting populist critiques of the judiciary.

It is highly likely that the reason for lack of substantial legal criticism of the Mashavira judgement is that none exists. This explains the singular focus on mass popular appeal. It is apposite to quote Coltart fourteen years ago as he left Morgan Tsvangirai’s MDC, I am not swayed by mere numbers; if I were I would have joined Zanu PF a long time ago.” The party which is admonishing the Courts because of their showing in the last election should be cautious in its insistence on the mantra of numbers and populism when those have already been weaponized by ZANU PF. The current critique from the opposition strongly suggests that they are not so much averse to the Courts as they are envious of ZANU PF and wish to replace its brand of populism with their own in lieu of introducing the much needed culture of constitutionalism and respect for the rule of law.