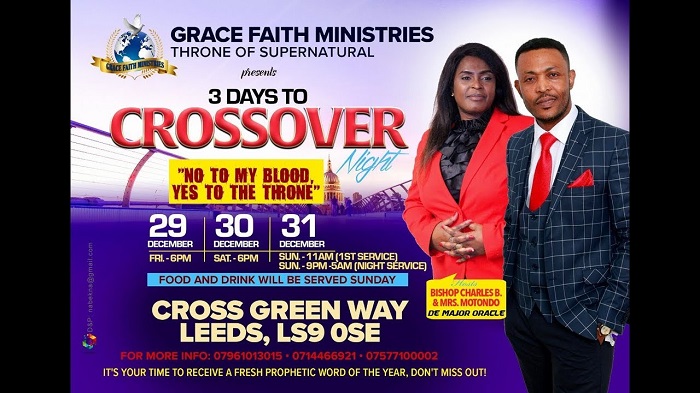 Bishop Charles Motondo was jailed 10 months after he pleaded guilty at a hearing in April to three counts of fraud by misrepresentation and one count of possessing criminal proceeds. The self-appointed bishop had fabricated car crashes in order to claim thousands of pounds from insurance companies.

Charles Motondo who preaches at a Pentecostal church in Leeds bought policies using personal details of two people in his congregation. He then called the insurers impersonating the congregants whose details he had used.
Leeds Crown Court heard Motondo used another person’s information to buy a fake policy with an insurance company. He later contacted insurers claiming to be the policyholder, stating he had crashed his Vauxhall Corsa into a parked Range Rover and took full responsibility.
The Range Rover in question was actually his. This time he contacted the insurers as himself and he made a damages claim and one for the cost of a hire vehicle. However, he made inconsistencies in his claim which resulted in it being rejected.
The insurer then raised suspicion with the City of London Police’s Insurance Fraud Enforcement Department. The police made investigations leading to the arrest of Motondo.