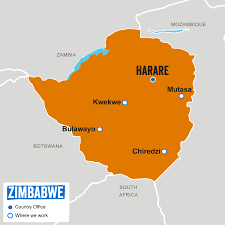 ZANU-PF candidate for Mutasa Central Ward 10 by-election slated for Saturday, Magret Tindarika is certain of winning the election. She said that she has already started working towards developing the area. Tindirika said:

So far we have two boreholes that were drilled and we are currently working towards road resurfacing. I have a number of projects that are lined up which will change the lives of people in the area.

Shadow MP for Mutasa Central Jefter Sakupwanya who addressed ZANU PF supporters at a campaign rally held at Samaringa High School urged people to go out in their numbers to vote for Tindirika. Sakupwanya said:

We want people to come out in their numbers to vote for Zanu-PF as it is the only answer to the developmental needs of this area.

This area has been lagging behind in terms of development and the candidate we have today is the answer to all the challenges that you have been facing over the years.

Development starts at local authority level and Cde Tindirika will be the one on the ground working towards development.

Tindirika is in the race together with Ms. Rose Tanyaradzwa Mukodza (MDC-Alliance) and Mr. Tafadzwa Justin Chirimo (NCA).

The by-elections for Mutasa Ward 10 are being held after Councillor Frank Chitembwe of the MDC Alliance party was convicted and imprisoned leaving the seat vacant. Chitembwe was sentenced to two years in jail for public violence during the January 14-16 fuel price hike protests.