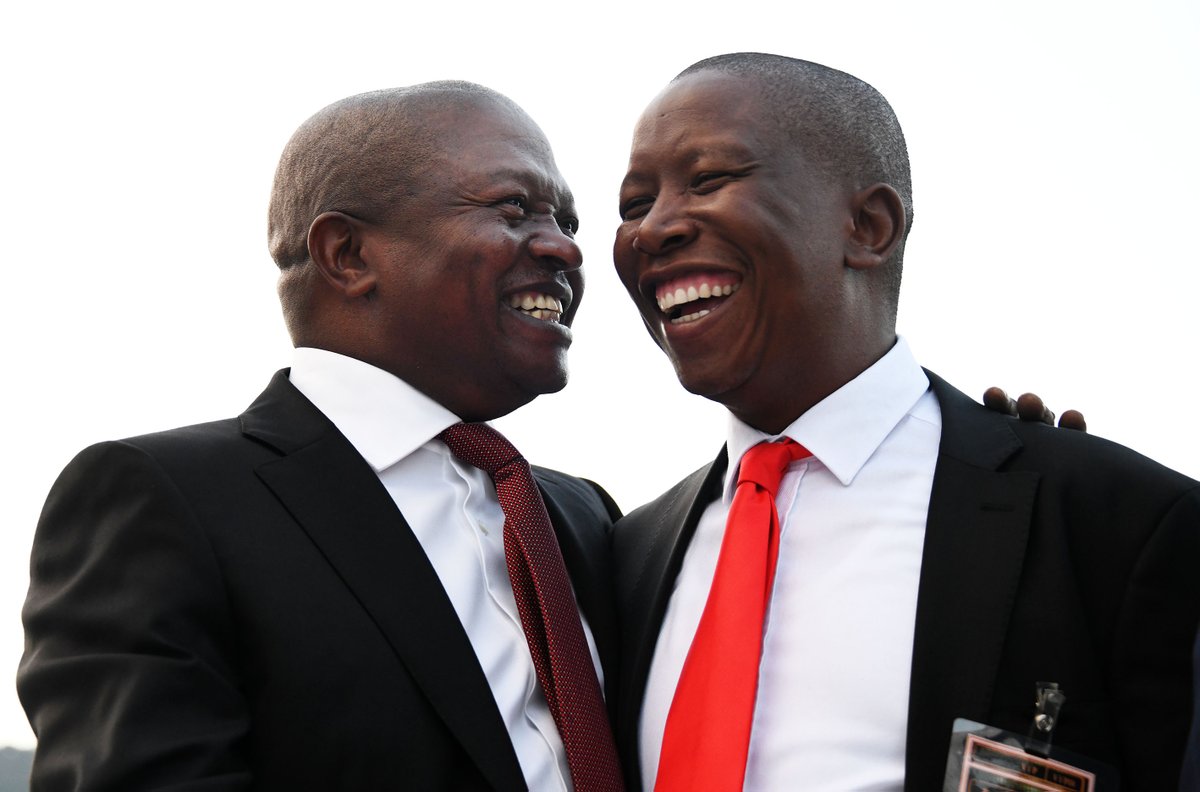 With 83 per cent of the ballots having been counted from Wednesday’s election in South Africa, the ruling African National Congress (ANC) votes tally has fallen below 60 per cent for the first time since the end of apartheid in 1994.

Meanwhile, the extreme left Economic Freedom Fighters (EFF) led by Julius Malema has eroded other parties’ support by claiming 10 per cent of the vote, a significant showing from last election’s 6 per cent.

The white-dominated Democratic Alliance (DA) led by Mmusi Maimane’s support has declined from 24 per cent to less than 22 per cent. 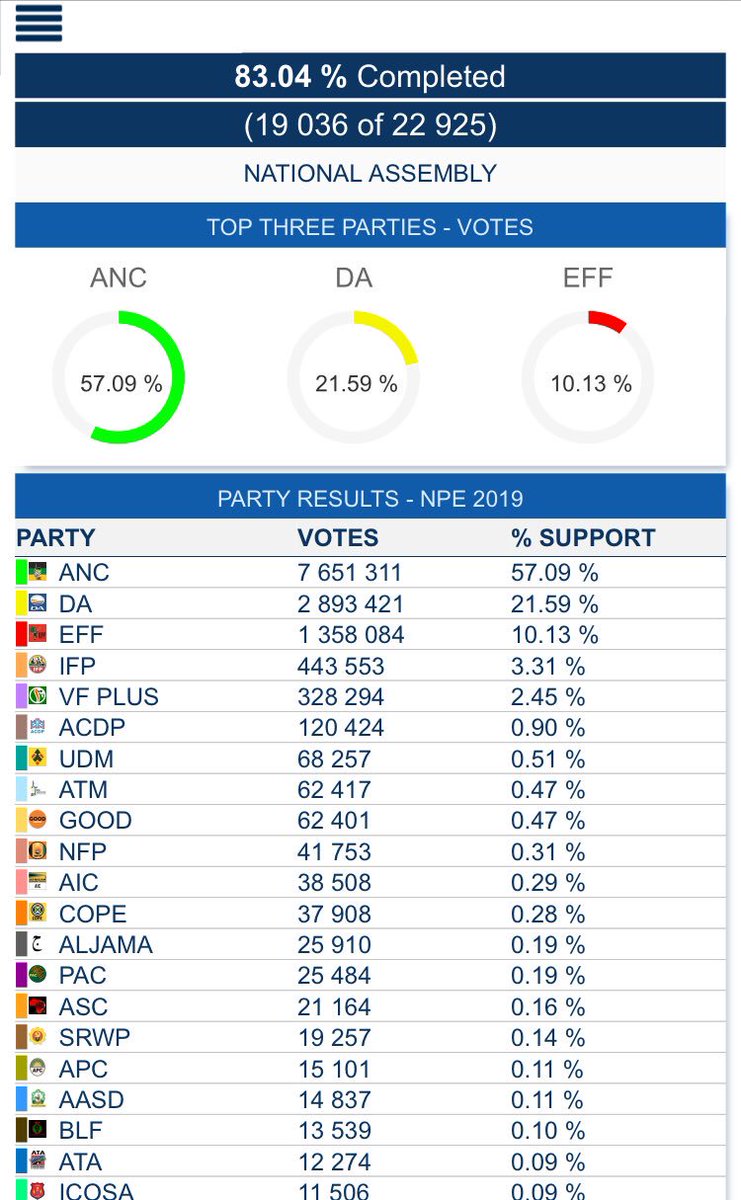