Air Zimbabwe has announced changes to its flight schedule as a result of rehabilitation works on its runway.

In a statement released on Friday, May 10, the Airline said:

Air Zimbabwe wishes to inform its valued clients that it received a notification from the Civil Aviation Authority of Zimbabwe (CAAZ) advising that they will be undertaking runway rehabilitation night works at the RGM International Airport between 01 May 2019 and 01 August 2019.

This has necessitated the following initial schedule changes from now up to the 27th of May 2019, thereafter another schedule update will be availed:

Any further details will be made available on our website www.airzimbabwe.aero as well as our social media platforms @FlyAirZimbabwe. All inconvenience caused is sincerely regretted. 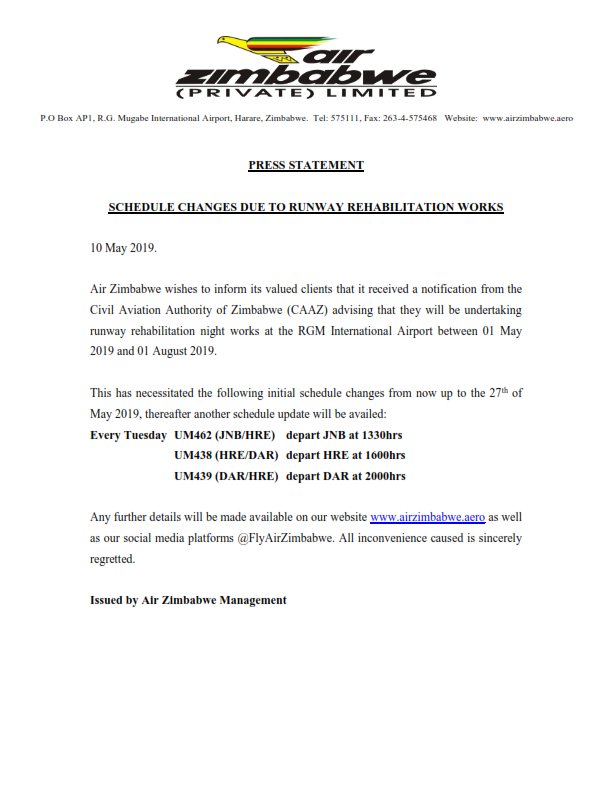