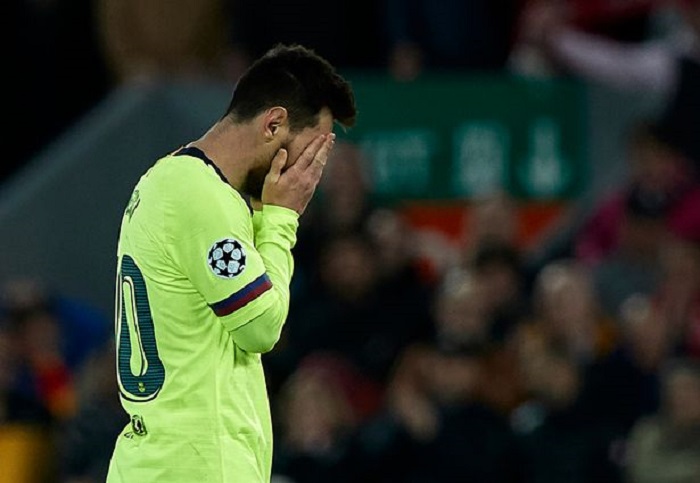 Barcelona left their forward at Anfield following their shocking Tuesday 4-0 loss to Liverpool in a semi-final Uefa Champions League match.

It has been revealed that the Catalans chose to leave him behind since he was required to provide anti-doping testers with a sample. As the process became prolonged, Barcelona chiefs made the decision to leave without their talisman.

The 31-year-old Argentine international would later head to the airport where he was greeted by Barcelona fans. Some fans could not hide their anger whilst some appreciated him.

Barcelona was tipped to win against Liverpool and reach this season’s Champions League final following their 3-0 semis first leg win.