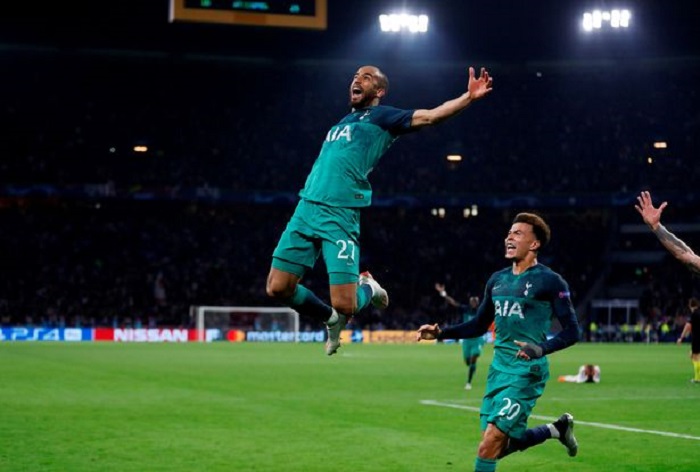 Tottenham came into the match as underdogs following their 1-0 loss in the semis first leg.

Lucas Moura’s hat-trick however turned tables in favor of the English side. All hope for Tottenham had gone following Matyhijs De Ligt had nodded the Eredivise champions ahead with pin-point header before Hakim Ziyech thrashed in a wonderful finish after a brilliant move.

This will be Tottenham’s first UEFA Champions League final ever.