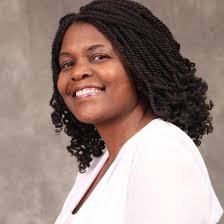 Susan Makore, Media and Journalism expert and AB Communications Chief Executive Officer has claimed that there is sexual harassment in media workplaces. The abuse is alleged to be targeted at young journalists whom she says must be protected.

She was speaking at the late veteran journalist Bornwell Chakaodza’s Memorial Lecture Series in Harare yesterday. She called for serious measures to protect the vulnerable young media practitioners especially interns. She said:

We must also bring on board issues of sexual harassment and how to address them in an amicable way within the newsrooms without instilling fear.  It’s a fact that the majority of those affected are women. The problem I have now is that  our newsrooms are becoming scary especially for young graduates.

When some of them come for attachment they will never want to come back because there are predators in our newsrooms. So within this media reforms agenda we also need to look at it as a sector to make sure that our newsrooms are safe to work in.

She also urged media institutes to thoroughly investigate cases of abuse and also to put in place mechanisms capable of dealing with allegations of sexual harassment. Makore also alleged that the abuses were being perpetrated by senior reporters and editors.