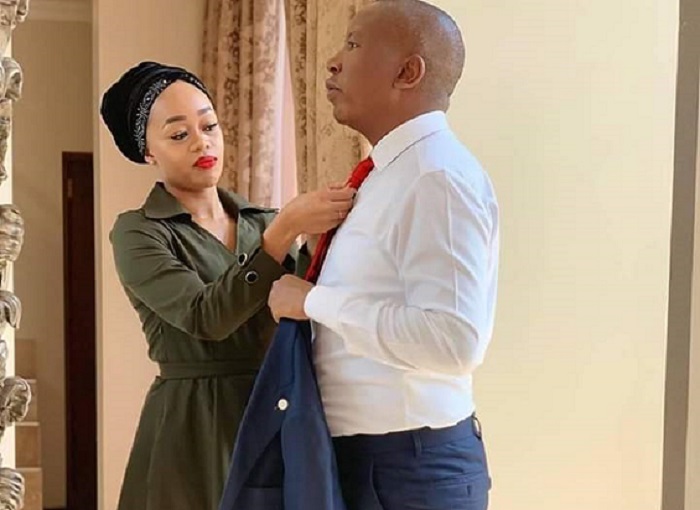 Julius Malema, leader of the Economic Freedom Fighters (EFF) party on Wednesday slammed an Electoral Commission of South Africa (IEC) official who intended to remove his wife’s fake nails at his voting station before she could cast her vote.

Malema who cast his vote at the Mponegele Primary School in Seshego together with his family said:

There was some official who said to my wife that she must take out her nail so that they can put a mark (on her thumb). And I found that bizarre because where is that written in the rules that women who have long nails can’t vote?

We cannot have such a patriarchal arrangement happening at the voting station. Luckily the electoral officer came and said there is no such a thing, she can vote with her nail. But the person who puts a mark on people has a scissor there and she uses these scissors to take your nails out.

The EFF leader said that these issues need to be challenged now before they are institutionalised. He also argued that participating in the electoral processes must never cost people a thing.

Nevertheless, Malema also observed that the voting process was “smooth”. He added:

“But the process was smooth and quicker. And I’m happy that the IEC seems to be organised, especially here in Seshego.”

Malema is usually accompanied to vote by his late grandmother, Sarah Malema, who died last weekend.