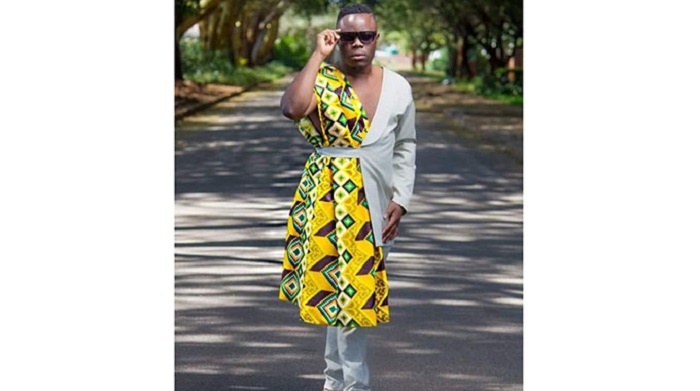 Zimbabwean sensational gospel artiste Sabastian Magacha has caused an uproar on social media with the outfit he was wearing in a picture posted yesterday.

Magacha said that the outfit was part of a collection of various items he is yet to release to the public. The outfit has feminine looks and critics have added that it is ungodly for him to wear it.

I am a creative person. The clothing line is one of many creative things that I am working on. The collection has various items that we will release as time progresses, and this particular attire is mostly a suit.

We decided to add a kente tail to give it an African Flair.

For this particular look I took a lot of inspiration from Jesus, who wore robes. My aim is to create something that is global,” he added. Magacha said his dressing may not be welcome to some people, but there are some who appreciate his style.

As someone, who has been in the public glare for over 15 years, I have received a lot of negative and positive comments from people.

I will always appreciate their opinions. My main focus is on God and for me to allow the gift of creativity that He gave me to manifest. Magacha responded to his critics saying that his relationship with God matters the most. He also that his faith is as solid as it can be.