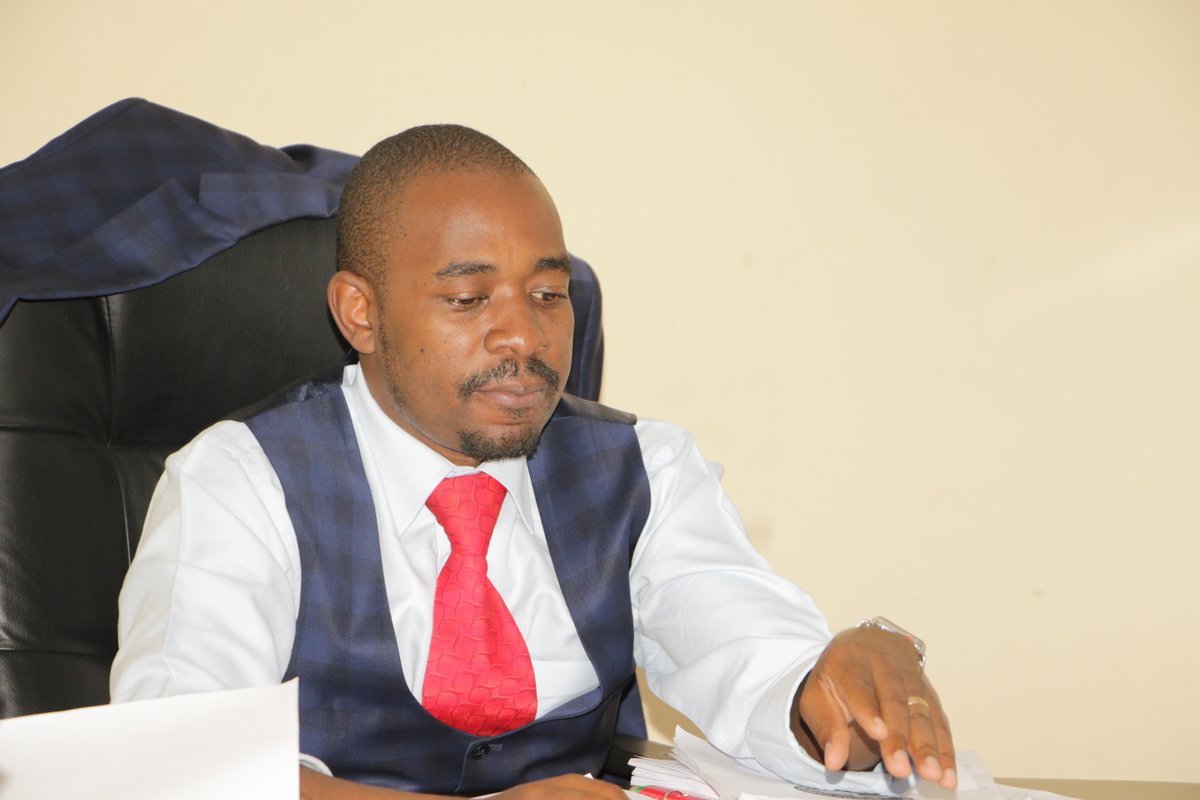 In a ruling made public today, the High Court of Zimbabwe ruled that Chamisa’s presidency of the MDC is illegitimate. Here’s an excerpt of the ruling:

The appointment of 2nd and 3rd Respondents as Deputy Presidents of the Movement of Democratic Change Party were unconstitutional and therefore null and void.

The appointment of 2nd Respondent as Acting President and President of the Movement for Democratic Change party was unconstitutional and therefore null and void.

All appointments and or/reassignments and all actions of the 2nd Respondents in his purported capacities as Deputy/Acting or incumbent President were unconstitutional, and therefore null and void.

The 1st respondent be and is hereby ordered to hold an Extra-Ordinary Congress after the elapse of at least one month after the date of this order.

The Respondents are ordered to pay the applicants costs of suit, jointly and severally, the one paying the other to be absolved. 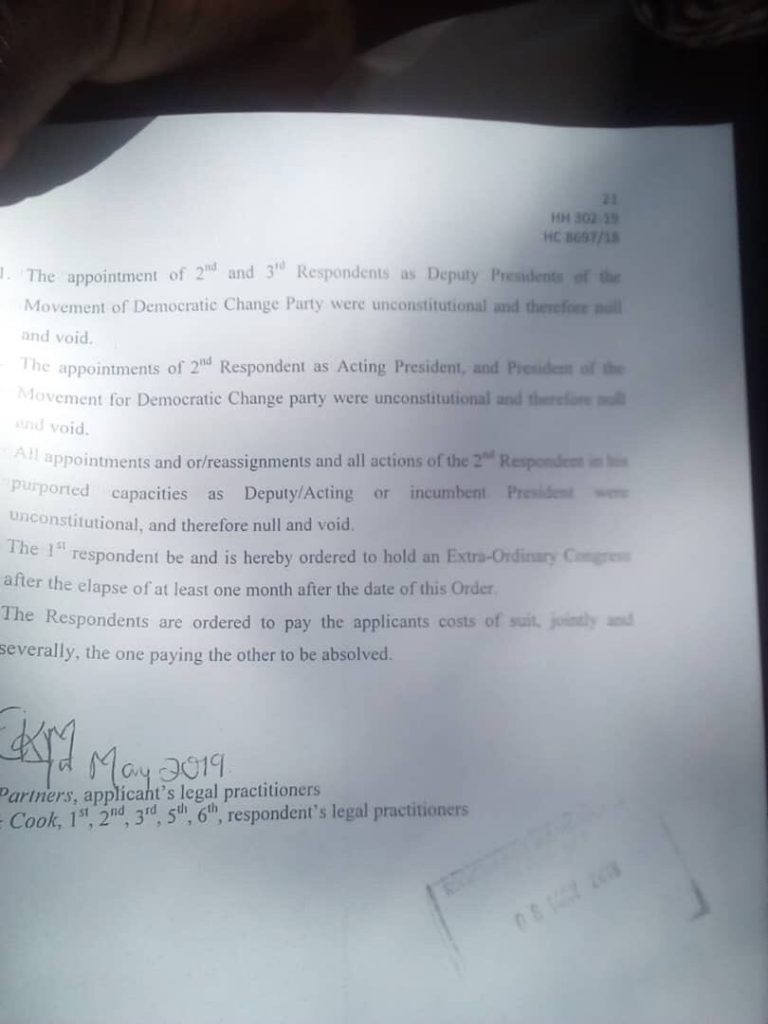