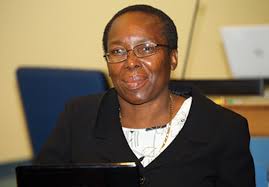 Today, political actors involved in the #NationalDialogueZim met and adopted Code of Conduct that will promote conditions that are conducive for Dialogue built on Political tolerance, Mutual respect, Consensus, Information dissemination, and Commitment to dialogue, among others.

Justice Nare served as a senior Magistrate in 1988. In 2001 he was appointed the president of the Administrative Court in Harare and held the same post in Bulawayo in 2003. He retired in 2013. In February 2018 he was appointed Chairman of the @NPRCZim. #NationalDialogueZim.

Margaret Mukahanana served as a senior career civil servant. She is a former Chair of the United Nations Adhoc Committee on the Climate Change framework. A seasoned negotiator who has participated in the Rio Declaration, the Kyoto Protocol, Climate Change Conventions negotiations.

Ministry Of Information and Publicity