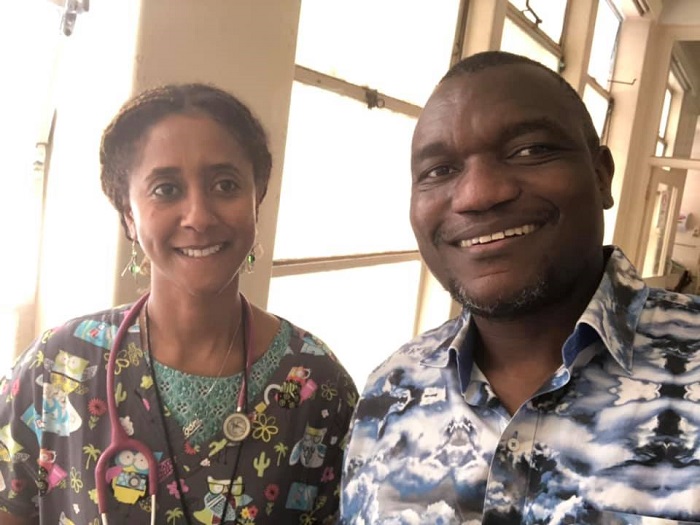 Dr.Chireka, the UK based Zimbabwean philanthropist has claimed that the Parirenyatwa Doctor, Dr. Mashumba who was filmed crying over the status of the hospital recently registered a Children’ Trust.

Chireka posted on Facebook indicating that a number of people were taking initiative in trying to solve issues at Parirenyatwa. Part of his post read:

Had a privilege of meeting Dr Mashumba and they have now registered Parirenyatwa Children’s trust that will fundraise for the Paediatric wards at Parirenyatwa.

So where do you come in? The trust will identify areas of need focussing on low hanging fruits that you can help with.

I also met with Gugu Mahlangu who is the Director General of Medicines Control Authority of Zimbabwe (MCAZ) who cleared a lot of misconceptions about donating medical supplies. I have detailed notes but I am happy to say people can easily donate medical devices such as syringes and cannulas without any problems. MCAZ regulate medicines , gloves and condoms…

He also encouraged everyone to have a part in transforming our society. He added:

For more information email us on zdha2018@gmail.com