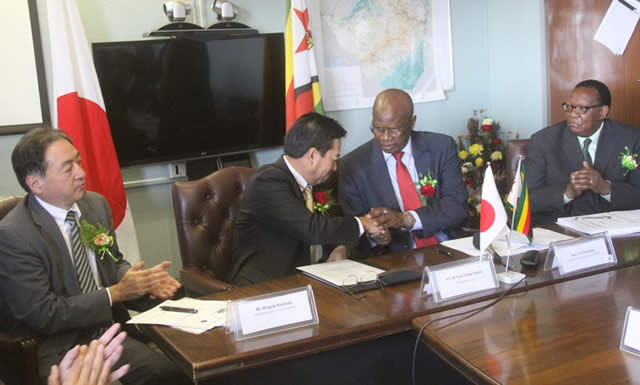 Japanese Ambassador to Zimbabwe, Mr. Toyishiyuki Iwado has said that Zimbabwe needs to reform in many areas. Iwado was speaking on the sidelines of a cocktail to commemorate the enthronement of the new Japanese Emperor, Prince Naruhito.

In an interview with The Sunday Mail reporter Sharon Munjenjema last week, the ambassador said that the government must create a conducive environment for its capable people. Below is an extract from the interview:

Q: What is your take on the current reforms being implemented by President Emmerson Mnangagwa’s administration?

A: From the beginning of his term, President Mnangagwa talked about a very important thing, which is political, economic and social reform.

I think that this country needs to reform in many areas.

Given the natural resources and rich human resources, there is need for a good system to make those talented people show their abilities. Look around, it is often talked about that the informal sector is huge, but from my perspective, if the informal sector is so active, it means that there are so many Zimbabweans with talent to run businesses.

Why do they stay in the informal sector?

Ask them why they can’t tap into the formal sector, it is because there are too many rules and regulations.

I think that’s why they just stay in the informal sector.

I am not one to teach how things should be done, but my sense is: make the rules and regulations relaxed for businesses to prosper and let those talented people thrive.