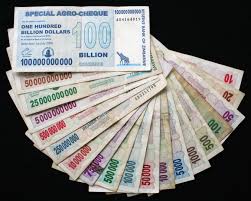 An economic expert, Mr Persistent Gwanyanya has argued that it is high time the government do away with the multi-currency system.

He was speaking at a currency reforms breakfast meeting hosted by the Business Economic Empowerment Forum in Harare. Gwanyanya argued:

The foreign currency, in the country, should be channelled towards other priority areas so that we industrialise.

The best way to go is to use our own currency, which is the trend all over the world. If we look at strides that have been made in the fiscal front, conditions are ripe for our own currency.

Mr Gwanyanya added that the adoption of a local currency will result in the available foreign currency being channelled towards the importation of goods and other developmental projects. He also opined that the abandonment of other currencies will force the local currency to work.