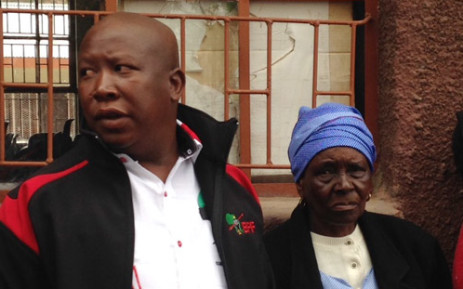 The president’s thoughts and prayers are with Mr Malema, his family and his organisation as they take leave of a matriarch who had played a significant role in her family and in the life of Mr Malema in particular.

This bereavement is felt more sorely because of the special relationship Mr Malema enjoyed with his grandmother. I too have fond memories of Koko Malema following an opportunity I had to speak to her when she was in hospital. It is my hope that Mr Malema will draw strength from his beloved grandmother’s values and her presence in his life,