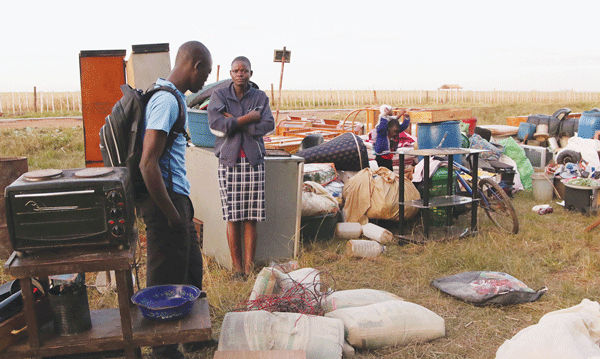 22 black families were evicted from a farm in the Glenara Estates near Harare after the previous white owner won a court order to repossess the farm. The 22 families spent a night sleeping in the cold after their homes were destroyed.

The farm was reportedly allocated to one Mavis Rondozai during the Third Chimurenga farm invasions in 2001. Rondodzai died in 2006 leaving her children in charge of the farm. The farm was however now home to some 22 families.

This year, the previous owner Kelvin James won his 17 year court battle to get the farm back. One of the families said they were given the farm by current deputy transport minister Fortune Chasi, who is the MP of the area.

“We were given the keys to the house by our MP Chasi in 2001. We have since approached him so that he deals with this matter. He has promised to help us,