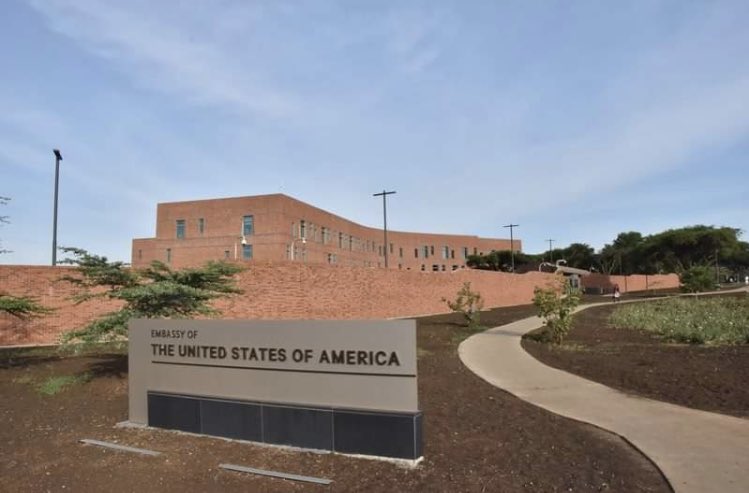 The United States of America on Thursday officially opened its embassy in Harare, built for a staggering US$292 million.

Speaking at the occasion, Ambassador Nichols said that the architecture of the magnificent structure was inspired by Great Zimbabwe and the country’s landscape. Said, Nichols:

Senior great architecture enriches the people and society around it.

The proud people of this land knew this truth a millennia ago when they laid the foundations of Great Zimbabwe, the land of kings, nearly 300 kilometres from here.

And Great Zimbabwe served as the inspiration for this beautiful building.

The canopy over the main entrance that draws its inspiration from the mbira dzavadzimu, or “voice of the ancestors,” a musical instrument that the people of Zimbabwe have played for thousands of years.

Ambassador Nichols added that the construction of the embassy shows that the US intends to have its presence in the country “forever”.

A handful of protestors staged a demo outside the embassy, calling for the removal of restrictions imposed against Zimbabwe.