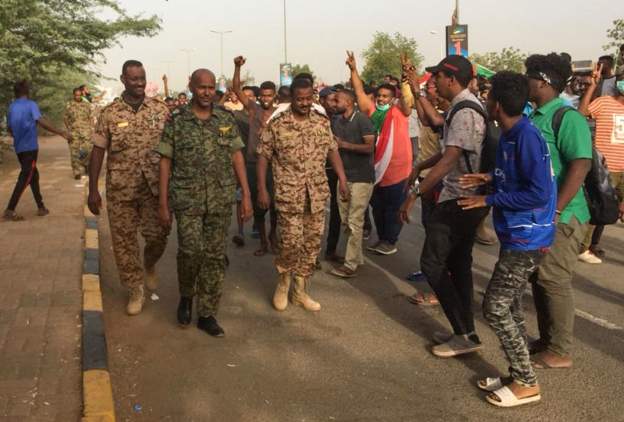 Sudan’s main opposition chief, Sadiq al-Mahdi, on Wednesday warned protest leaders against any provocation of the country’s army rulers, assuring them that they will soon hand over power to civilians.

There has been a deadlock in talks between the protest leaders and the 10-member army council on forming a joint civilian-military body to rule the country, three weeks after the fall of dictator Omar Al Bashir.

In an interview with AFP, the National Umma Party leader said:

We must not challenge them in a way that makes it necessary for them to assert themselves in a different way.

I think there are some signs that some of them (the army) have been provoked by some statements from the opposition that seems to belittle their role.

If we provoke … the armed forces which contributed to the change, we will be asking for trouble.

However, leaders of the Alliance for Freedom and Change, the umbrella group leading the protest movement, are of the view that the army generals are not really committed to handing over power to civilians.

The leaders have as a result called for a “million-strong march” on Thursday to put pressure on the military to hand over power.