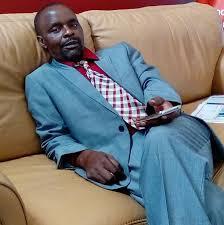 A group of MDC renegades opposed to party president Nelson Chamisa’s assumption of office has dismissed the latter’s nomination for the presidency ahead of next month’s elective Congress.

The group calling itself In Defense of Morgan Tsvangirai Legacy (IDMTL), is led being a former Harare councillor, Warship Dumba.

Speaking to NewZimbabwe.com on Sunday, Dumba said that his formation will hold an extraordinary Congress in October this year to choose the late Morgan Tsvangirai’s successor. Said Dumba:

I said it before and I am saying it now, the nominations were designed to make sure that Chamisa wins uncontested and appear as if he was favourite among MDC supporters.

We will not stop our restructuring exercise from Ward to Provincial levels in preparation of our end of year extra-ordinary congress likely in October. Then after that, we will give them instructions on what to do.

At the same time, we are waiting for a High Court ruling where we are seeking an order to stop Chamisa’s Congress as we move forward.

Yes if he wins the court case, it will be unfortunate, and eventually, there will be two MDC political parties.

But ours will be the legitimate one because we will never recognise him as the leader of the MDC.

The former MDC officials have approached the courts in a bid to stop the MDC congress for going ahead, calling for an extraordinary Congress instead. They regard former MDC secretaries-general, Welshman Ncube and Tendai Biti “traitors”.