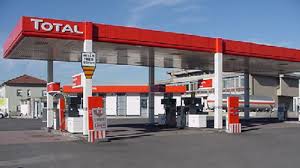 Total Zimbabwe has angered some of its dealers after it allegedly changed agreed contract terms without agreement with the concerned dealers.

A report claims that some of the changes include mandatory retirement for dealers upon attainment of 65 years of age, repossession without compensation of services stations where a dealer owns more than one and forcing dealers to relocate after every six years.

Total Zimbabwe has 100 service stations across the country which provide quality fuel, lubricants, LPG, and other services such as garages, car wash and restaurants.

Our partnership with our dealers is the cornerstone of our business and we continue to maintain a permanent and constructive dialogue with them.

However, a dealer who spoke to the Daily News revealed that they were afraid of taking on a huge global corporation such as Total. Said the dealer:

We are being short-changed but the situation isn’t giving us much option, we are terrified to fight Total because it is a global entity with vast resources to fight us in court.

Some dealers who had been wronged in the past just walked away and those who tried fighting Total went bankrupt.

Total wants to portray a face to the world that they are empowering locals yet in the real sense they are ripping them off and using those people for more profit retention.