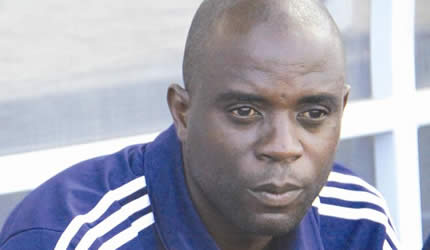 Newly appointed Dynamos coach, Tonderai Ndiraya’s first game in charge was a 1-1 against Telone on Sunday.

Dynamos had a player, Godfrey Mukambi, sent off for allegedly using foul player towards the referee.

In the second half, we pushed a bit more, but the disciplinary issues disturbed us. I don’t know what transpired but I suspect it was a case of descent and we had our player dismissed. That’s bad especially when you are in a situation like this.

We had gone for four games without a win, and you have players behaving like this, putting pressure on your team.

Credit to those who remained, they played for over twenty minutes with a man down, and that’s not an easy job.

Having equalised in the 55th minute through Cameroonian Vincent Mbega after trailing from a first-half Munyaradzi Mawadza own-goal, DeMbare was not able to double their goal tally with a numerical disadvantage.