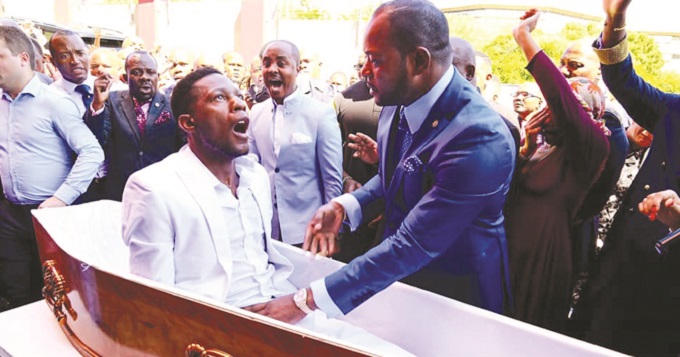 The event which took place in February this year shocked people as Elliot claimed to have been resurrected by Pastor Alph Lukau of Alleluia Ministries though. Lukau later denied he had resurrected Elliot, claiming the man was already alive when he came even though he was in a coffin.

The two Zimbabweans have been found to possibly have faked identity documents. Said a court official:

Prosecutor Mzamo Mathe told the court that the details contained in Dlamini’s Zimbabwean passport and his SA identity document were not the same. The facts on the accused’s ID are inconsistent with his SA ID.

We are trying to make sense of the documents. We are asking for a postponement to understand what we are dealing with because we have someone who is in possession of two names.