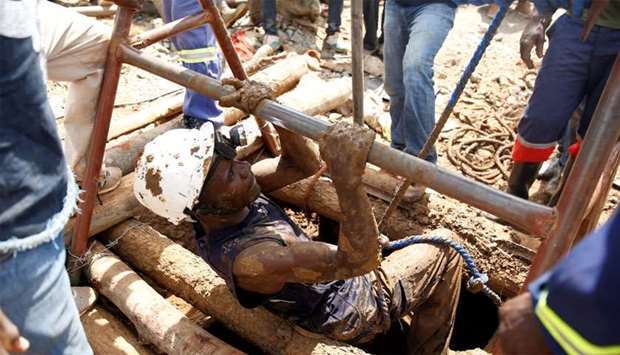 Mashonaland traditional leaders have conducted rituals at Silvermoon and Cricket 3 mines in Battlefields Kadoma meant to cleanse the area following February’s mine disaster.

28 artisanal miners perished after flood waters cascaded into the mines, washing down miners down the shafts.

After the catastrophic disaster at Battlefields, five spirit mediums came and conducted a cleansing ceremony at the mine. There are reports of mysterious sightings of snakes near the mines and those are bad signs.

To avert a similar disaster, the cleansing ceremony was necessary since many lives were lost.

Locals were also given time to interact with spirit mediums and participated in the proceedings. The ceremony was completed successfully.

There is life threatening illegal mining activities taking place in Muzvezve Constituency especially at Pingu where miners are under Claw Dam, which is dangerous.

We have engaged relevant authorities like Environment Management Agency, Mines and Mining Development Ministry, the police and other stakeholders to resolve the issue urgently.