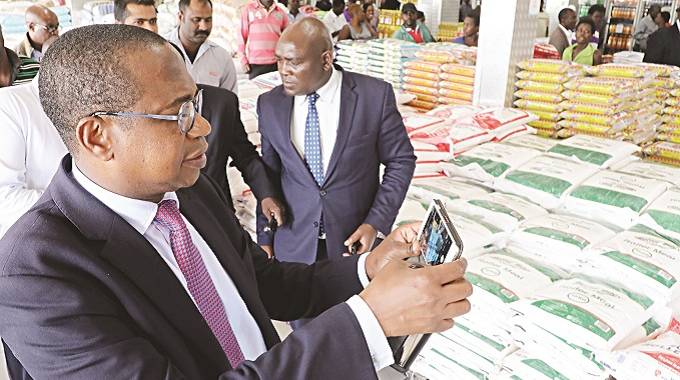 Finance and Economic Development Minister Mthuli Ncube said that the government will come up with pricing guidelines for retailers to prevent the unwarranted hiking of prices of goods.

Ncube said that the government will assist businesses in the price discovery process and give them a benchmark to use for pricing.

Ncube said this in an interview with state media in Bulawayo on Thursday after a tour of wholesalers with goods meant for shops looted during ShutDownZim. Said Ncube:

It’s unfortunate that prices continue to be high and are putting a constraint on the purchasing power on most ordinary citizens.

I think what we have to do in the end is perhaps to publish what these kind of prices are in a place like in South Africa because most of the goods seem to be imported, what are they (worth) in Rand and we apply the official exchange rate interbank market and convert that into RTGS dollars so that we can get a sense of import parity.

It looks like at the moment there is no guide, you listen to what the competitors are saying or doing and then you try to benchmark accordingly, it can’t be like that, perhaps we need to benchmark on import parity prices, maybe as Government we should assist in that price discovery process for the retailers, give them a roadmap to know what kind of benchmark to use for pricing.

Ncube revealed that stock bought by the government to assist looted shops during the January fuel riots was already there with some on the way.

Some of the beneficiaries include Value Supermarket, Mulungu General Dealer, Katso Sports Bar, Kwadzuruni Supermarket and Nkulumane Service Station among others.