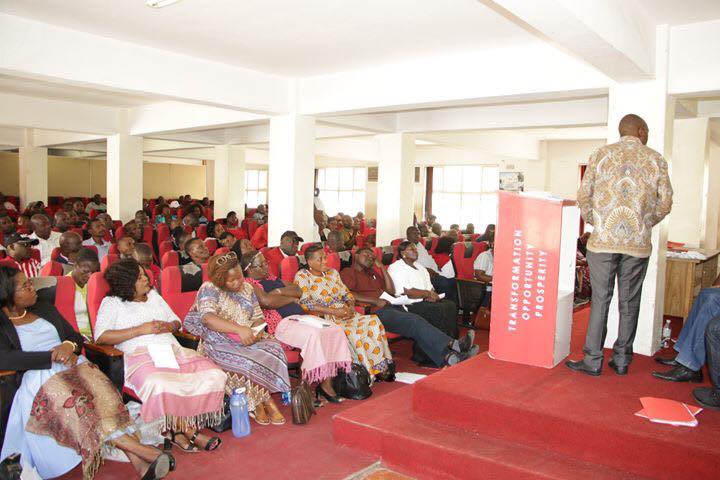 The MDC National Council met today, the 27th of April 2019, and reviewed the Congress progress.

The Council received a report from the organising department.

All nominees have been given up to Tuesday to accept nominations or to withdraw. Where more than two candidates accept the nomination, they are encouraged to discuss in the spirit of consensus building.

The Electoral Commission shall then produce ballots on every position where more than one candidate decides to contest.

The positions to be contested include the President, Vice President, National Chairperson, Secretary General and Treasurer General.

The report included results of the nominations conducted at Provincial Congresses for the three wings of the party including the Women and Youth Assemblies.

A report from the National Ind ependent Electoral Commission was also presented detailing how elections were conducted.

The Party mandated the Commission to organise Caucuses for those contesting each other to table before members and the public what they will offer the party and country if elected.

These debates shall be open to the public, the media and shall be streamed live on the Party’s official social media platforms for everyone to see.

The Commission shall appoint independent moderators for these debates.

The National Council also resolved to reserve a seat for a female Vice President and modalities for the same shall be finalized by the Electoral Commission.

Finally, the Council gazetted the calendar which includes the following: the 3rd of May (Sikhala Memorial), 4th of May (Morgan Tsvangirai Memorial) and the Caucuses to run from the 5th to the 20th of May 2019.

The Congress is running under the theme, Defining A New Course for Zimbabwe.