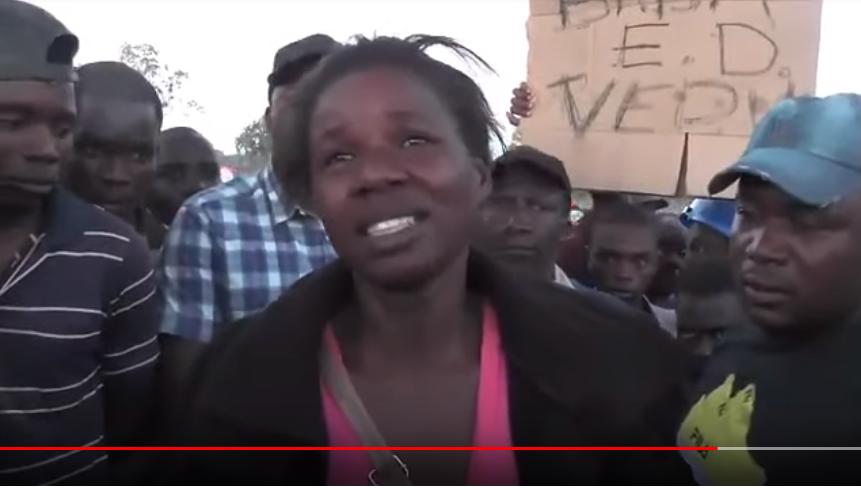 In the video, a co-worker and the relative of the artisanal miner who was shot by police Friday, 26 April shed more light on how it happened.

The co-worker, Oliver Moyo who said he is FD of the Danangwe District Youth In Mining cooperative which the deceased belonged to said:

This is a painful incident. We don’t have the powers to take action against the police because we know them to be our protectors. But the way they came today was different from the way they usually come. Usually, when they come with the Sheriff, they call us and they sit down with us and address us, telling us their purpose for the trip.

Today, they just were just wild when they came so much we couldn’t even discuss anything with them. As the leaders of the people here, when we approached them to negotiate with them they attempted to arrest us and we immediately refused because we have not been violent towards them. This angered them as they had intended to take some people with them. They, therefore, discussed amongst themselves and they then threw teargas at us and then they opened fire. They missed an older man here but they hit this young man lying dead here. He was hit at close range. about 10 metres away from the tarred road (where the police fired from).

We were not violent at all. We were just singing Zanu-PF songs like “Povo yaramba” (the povo has refused). We were singing that we will not be removed. We demanded to speak to the sheriff so he would tell us the reason he wanted to evict us. We wanted to see the documentation that says we can be evicted. Because we or issue is at the Constitutional Court and he doesn’t have the permission to evict us without an order from the ConCourt.

A relative of the deceased man said:

I am in pain. If he had attacked them maybe it’d be better. He was just standing. He didn’t attack them at all. He was just holding his phone. Why did they shoot him? No one was fighting them. He’s my son in law. He’s a very quiet person. Why not go after the real criminals who are attacking and murdering people. Why come here where people are working quietly?