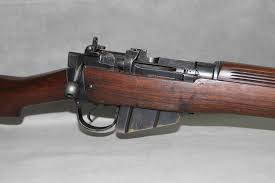 The Zimbabwe National Army (ZNA) and the Zimbabwe Republic Police (ZRP) have both disowned a 303 rifle that was abandoned by suspected poachers in Bubye Conservancy.

The poachers encountered game rangers last week in the Conservancy and ran away, leaving the gun behind.

It has since been established from police records that the weapon in question is actually a 303 rifle whose serial number is L9422 and not an AK47 as reported in the media.

In an interview with Newsday on Wednesday, the officer commanding Beitbridge Police District Chief Superintendent Tichaona Nyongo had this to say:

The serial number of that gun is not in the Firearms Registry. We are still trying to investigate its origins, but it is not correct to say it is from the Zimbabwe National Army. Police are still investigating.