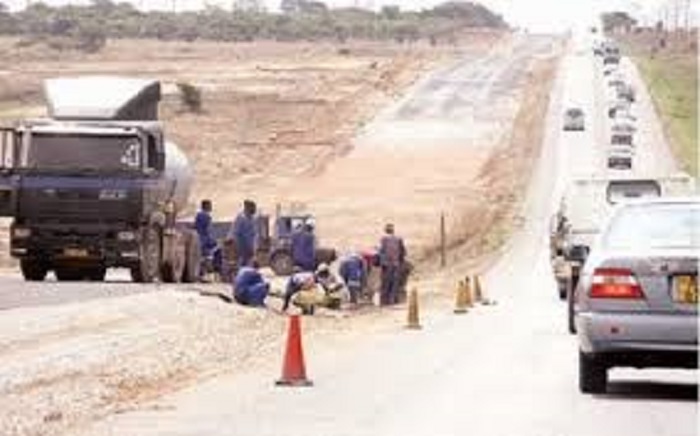 Joel Biggie Matiza, minister of Transport and Infrastructural Development says at least 215 drums of bitumen meant for the dualisation of a 10-kilometre stretch along Harare-Beitbridge highway were stolen at a road construction site in Chivhu last week. It is reported that inestigations on the matter are already underway.

Matiza expressed concern over the theft considering that thefts of a similar nature had also occurred in the past in Hwedza and Gweru. The minister fumed:

I can confirm that 215 drums of bitumen worth RTGS$4 million were stolen in Chivhu last week.

The bitumen was part of a consignment meant to tar the 10km stretch which is part of the dualisation of the Harare-Beitbridge highway being undertaken by the Ministry in Chivhu. The manner in which the bitumen disappeared pointed to an organised gang of rogue workers bent on defrauding the Government. We are going to take stringent measures to decimate such racketeering and mafia activities.

The new dispensation inherited a system that was infested with warlords and safe havens meant to derail Government programmes through syphoning of resources meant for development.

In an endeavor to deal ruthlessly with corruption, Matiza said there are plans to institute an audit into the procurement and hiring of road equipment. The minister also indicated that the ministry would adopt tracking systems for all hired equipment.