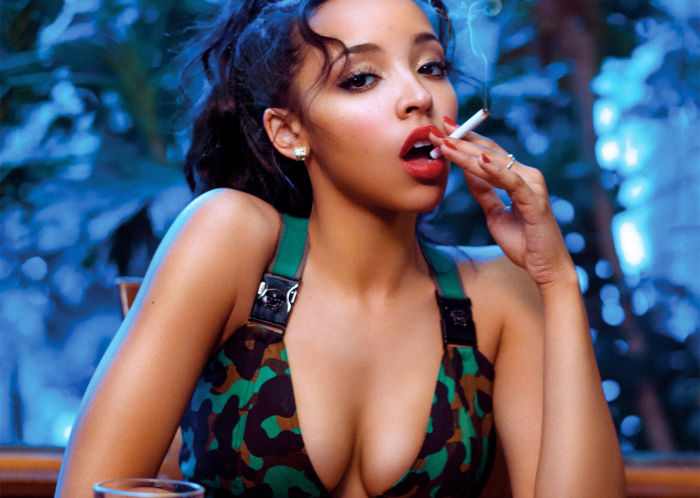 During a Twitter QnA, American RnB musician Tinashe was asked if she’s from Zimbabwe. She responded “my dad is”. Soon after, someone replied to her tweet, “This chick is dull if your dad is Zim it just means you’re zimbabwean by descend.” To which she responded:

There have been mixed reactions to her tweets from people on Twitter. Here are some interesting ones we picked:

Some zimboz tryna corner TINASHE into saying she is Zimbabwean pic.twitter.com/cULqYpRYiH

Do y'all really have a problem with Tinashe denying being Zimbabwean or its peer pressure?

So @Tinashe is trending because of y'all Zimbos being at it again ? I drowned in embarassment when i noticed the undeserved abuse towards her all day but i am not shocked at all these are the same people who tweet GOT every second here.The Masiyiwas literally fled these streets! pic.twitter.com/nfYXcHd1ZE

Justified you have never been to Zimbabwe but don't be ashamed of your Zimbabwean roots.

Why are Zimbabweans being mean to Tinashe? No wonder she doesn’t want to be associated with this country. Ya’ll mean for no reason.

Tinashe has never set foot in Zimbabwe her whole life. And people want her to say she is Zimbabwean.

Imagine dating someone who is mad that Tinashe is not Zimbabwean 😆😆🙇🏽‍♀️🙇🏽‍♀️🙇🏽‍♀️

If she organises a gig in Zim #Twimbos will you fill it up ? or you will be like nxaaa hatikazivi kamu American aka and 0.01% attendance will follow #zimbabwean 😂😂😂 pic.twitter.com/OpECxoa1pD

13 comments on “Zimbabweans React: To Tinashe Saying She Is Not From Zimbabwe”

Zimbabweans React: To Tinashe Saying She Is Not From Zimbabwe