Twitter usage in Zimbabwe shot up soon after the 2018 elections in August. Use of the social media up increased significantly making it the second most popular app in the country after Facebook. The surge in usage was temporary though. In the succeeding months, Twitter dropped to number 3 after Facebook and Pinterest. 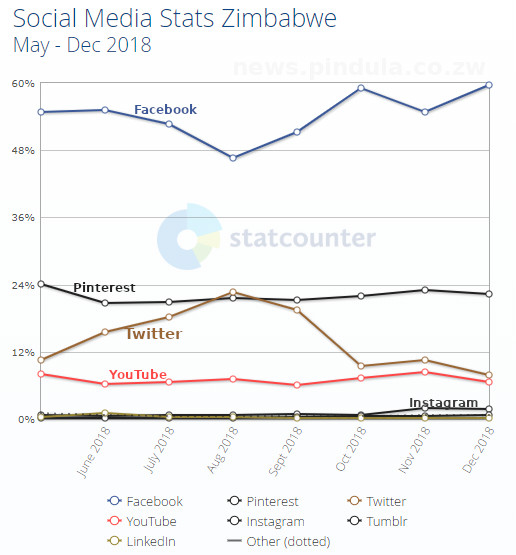 In August 2018 Zimbabwe experienced a wave of violence when security forces shot at civilians protesting against the delay in the announcing of election results. 6 people died as a result.

Twitter provides quick news updates as people share publicly the things happening around them. Globally, it’s become a platform of choice to follow events in realtime. The platform has however been for the abuse users suffer from fellow users, especially anonymous accounts.