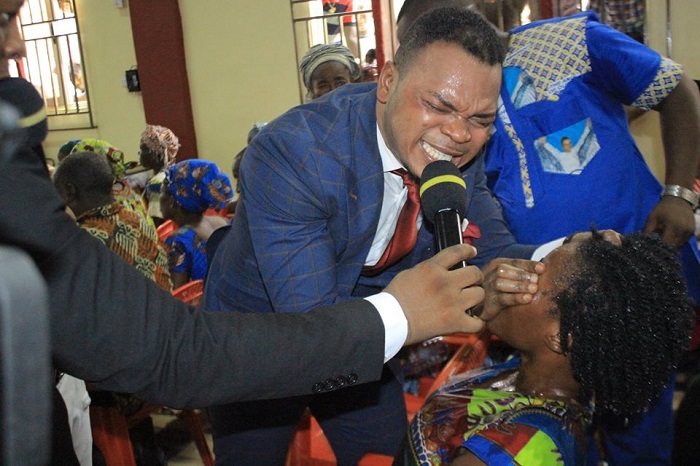 Ghananian pastor, Daniel Obinim has revealed  that he has performed more miracles than Jesus Christ and all the Biblical prophets.

Obinim said that Jesus’ ministry was shrtlived thereby limiting him in terms of miracles, signs and wonders performed. He also said that Jesus himself said that his follwers would do greater deeds than him.

The prophet also said he has outperformed all biblical prophets as far as performing miracles is concerned.

In his sermon at Kumasi branch of his church, Obinim said:

Jesus said ‘the Miracles am performing, the wonders and the signs; Those who believe in me, you can perform more than that’.Jesus was making reference to this that he didn’t have enough time so he curtailed his time.

He worked for about 3 and a half years then he left but those of us now we have more time. I Angel Obinim, I have worked for so many years more than that of my father and the miracles, the angelic performances, the wonders and signs that I have performed; they are countless because I have enough time.

During His earthly Ministry, Jesus Christ resurrected the dead, gave sight to the blind, made the dumb speak, made the deaf hear, rose from the dead, fed thousands from 2 fishes and five loaves of bread, walked on water, transfigured, among other miracles which transformed countless live.