Data from an international organisation that measure the use of internet technology has shown that Google Chrome and Opera are the most popular internet browsers in Zimbabwe.

The organisation which is called StatCounter has data on its website showing that that in March 2019 Google Chrome was used 45% for internet browsing. Opera was used 26%.

Other internet browsers such as Firefox, Safari and Edge all have less than 10% usage. 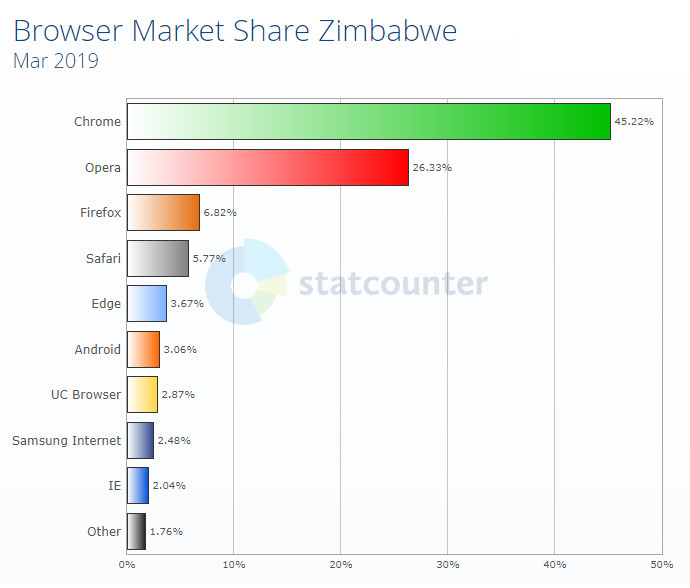