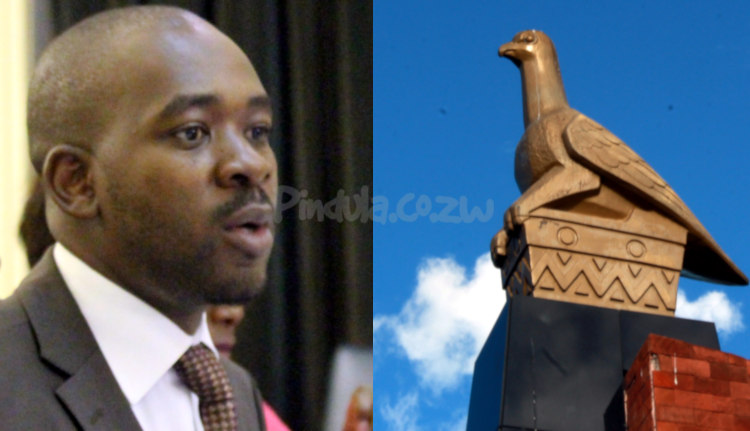 A columnist writing for NewsDay has said that MDC President Nelson Chamisa is way out of line with the Zimbabwe Bird comment. Chamisa said this week that the Zimbabwe Bird symbol is institutional idolatry and part of Zimbabwe’s problems.

Yes, people across the political divide or whoever can and do speak out of turn. They can say something erroneous, foolish, or impudent at an inappropriate time, or speak when they do not have the authority or qualification/expertise to do so, but what Chamisa said just about beats them all in terms of being way out of line.

For one, Zimbabwe is not a theocracy, but a constitutional democracy. Two, while the majority of Zimbabweans are professed Christians, this does not make Zimbabwe a Christian state, because the Constitution stipulates freedom of worship, meaning there cannot be an officially sanctioned religion. This essentially makes Zimbabwe an inter-faith nation.

After all, the MDC Alliance, which, like a broad church, is supposed to accommodate a wide range of different opinions and ideas, should be a microcosm of Zimbabwe made up of both believers and non-believers, Christians and Muslims, pentecostals and non-pentecostals — unless Chamisa is now saying, by implication, by dint of hint, by imputation, that party members must not only be Christian, but pentecostal as well because all that he says comes back to the party he leads as its public face and authoritative voice.

6 comments on “Chamisa Way Out Of Line On Zimbabwe Bird Comment, Analyst”