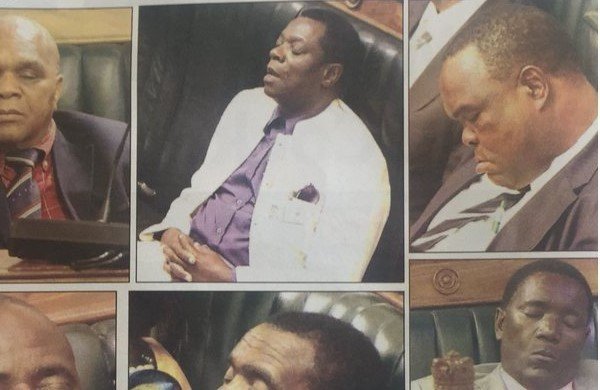 Independent Member of Parliament, Tembe Mliswa (Norton) has scoffed at some of his colleagues in the August House whom he says lack intellectual and professional capacity.

Speaking during a public Finance Management meeting held in Harare on Wednesday, Mliswa urged political parties to develop criteria for the selection of MPs and councillors. Said Mliswa:

People say I talk too much but honestly, you elect old men and women to represent you in Parliament.

Intellectual and professional capacity is key. So what I see in Parliament are old men and women sleeping instead of contributing to the national debate.

The issue of selecting competent people should come from the political parties and have guidelines of what makes one qualify as a Councilor or Member of Parliament.

Speaker of the National Assembly Speaker Jacob Mudenda has in the past voiced his concern over the poor quality of some parliamentarians. He said then:

The level of politicians that come to Parliament, there are few Biti’s (Biti MDC MP and Public Accounts Committee chairperson), who can articulate issues, there are few.

With all due respect economic literacy in my, Parliament is low, it’s very low.