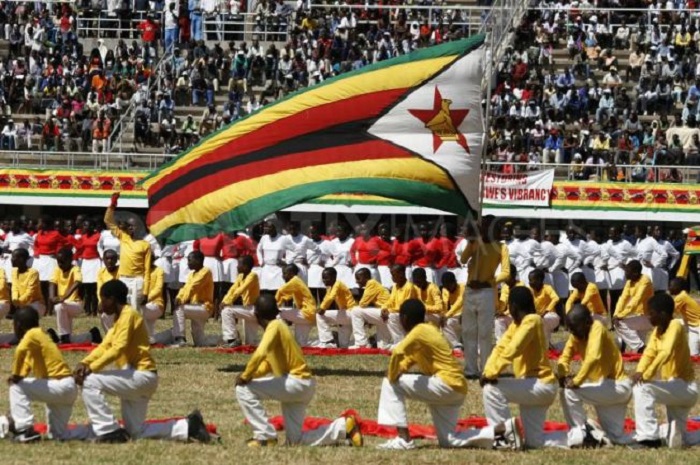 The Independence Day invokes mixed feelings amongst Zimbabweans. Some cherish the memories it brings whilst some feel that there is nothing to celebrate yet. Below are comments from prominent politicians, business people and legal minds.

As we commemorate our country's cherished Independence today, the stark reality is that most are reeling from abject poverty & frustrations.State decay, corruption & violence have shuttered the 1980 uhuru dream & ruined livelihoods.Won't rest until we attain change that delivers.

I recognize Zimbabwe’s Independence Day 18 April always with mixed feelings ever since I became an adult, a professional economist and businessman. Whilst free from a colonial legacy, we still lack full political freedom let alone attaining anywhere near realizing our economic..

#ZimbabweSurvival
Thirty nine years on. Still living from hand to mouth. Worse off. Struggling for survival. An unhappy Independence Day!https://t.co/s8RTrnLHCM

As we celebrate independence day, let's remember the sacrifice of our gallant sons and daughter who fought for freedom. Let's pay tribute to 16 young men in pic who were the first respondents to Cyclone Idai disaster, they brought hope to the people of Ngangu. "We salute you" pic.twitter.com/2gvEF8nFoN

Independent but not free. We remember Itai Dzamara and many others who have been abused by ZANU-PF in independent Zimbabwe. Not yet Uhuru… pic.twitter.com/O9h1UOSGqY

Whatever my sentiments towards the present Govt, Independence Day remains important.

I love this country.

I look forward to the day when we can look on the nation we’ve built with pride. Let’s fight for a united, prosperous & free #GreatZimbabwe. 🔥🇿🇼❤️

Happy Independence Day! Many who in their teens, 20s & 30s rescued this land from colonial invaders who removed our people from fertile lands & drove them to to “Tribal Trust Lands”. Zimbabweans were the only ones in Africa subjected to biological & chemical warfare by Europeans! pic.twitter.com/FG3sKQFrRS

For a country that has no currency of its own, no competitive industry & no jobs, price control is the way to go in order to protect the poor. It’s very unfortunate that cabinet has not foreseen this but it’s time we take necessary steps. Happy 39th Birthday Zimbabwe.

On 23 March 1975 Herbert Chitepo was murdered by his comrades in Lusaka.Had he lived he would have wanted a Zimbabwe free of poverty repression ,intolerance & hatred.Sadly 44 years later 79 % of our people live in poverty,elections are stolen women are raped.Herbert is not happy

Independence day #Zimbabwe 18 April
That year My parents named me Harugumi Rozabella Uhuru Mutasa when i was born in 1980, the year white colonial rule offically ended

This must be lowest attendance at an Independence gathering in Zimbabwe in 39 years. Time for introspection for those who call themselves leaders #Zim39 #ZimAt39 pic.twitter.com/gmQg3dJNhH

Indeed it has been 39 years of national independence. The passage of time and occurrence of negative events does not however take away from the significance of national liberation. Warts and all. Again, we suffer, but we continue. Consciously.

The rain at the National sports stadium in #Harare & the poor attendance at this years #Zim39 Indepey Day commemoration event is telling.

Happy Independence Day Zimbabwe. The fight for a better Zimbabwe is still ongoing, but today we honor those before us who laid their lives in the hope of a free Zimbabwe. #ZimbabweAt39 pic.twitter.com/EDzuhTN876

Regai tibike hedu ma independence chocolate muffins veduwe hovhoni yapisa. Yesterday pulled out my 2008 bread maker and made some tasty seed loaves. I wish my grandmother was alive – she loved celebrating independence – doing it for you old girl.🥂

Not yet unhuru. The problem with zanu PF is their erroneous belief that we have achieved true independence just because they go to bed on full bellies, jet around the world and send their children to be the best schools. True Uhuru requires a lot more- equality, apologies, peace https://t.co/hOu21Hssmx