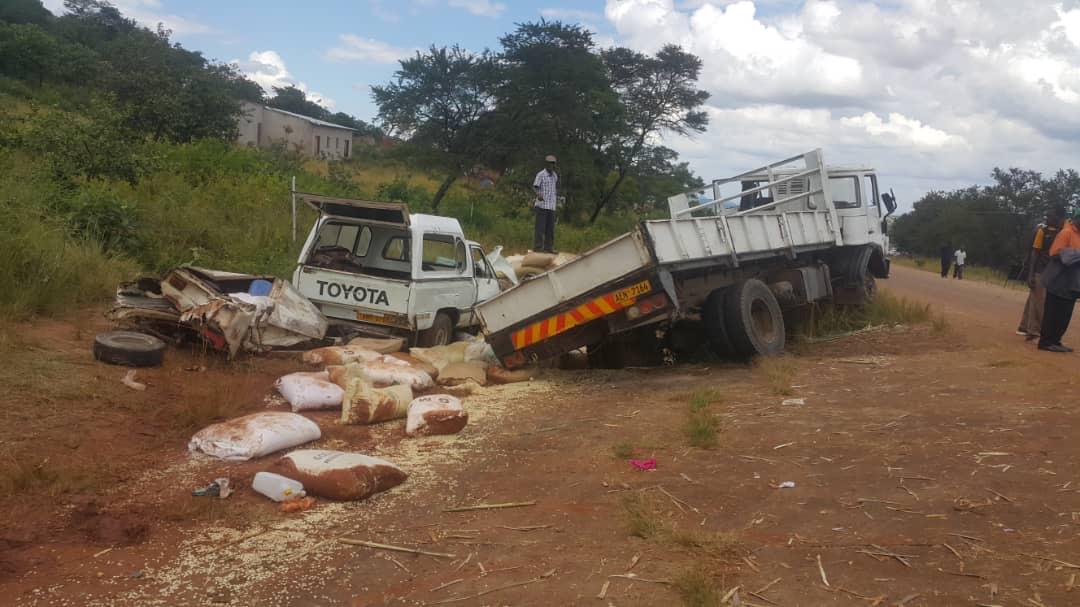 The government has declared the Hwedza accident which occurred on Monday, a State of Disaster.

14 people were killed when a truck carrying maize veered off the road and ploughed into a crowd that was gathered by the roadside waiting for transport on Monday.

The accident occurred in the Chitope area where members of the Mugodhi Apostolic Church are celebrating Easter.

Initially, 13 people were confirmed dead, 6 died on the spot while 7 were declared dead on arrival at Mount St Mary’s Mission Hospital. The police have since raised the of the number of the deceased to 14.

In his condolence message to the bereaved families, President Emmerson Mnangagwa said:

The death yesterday of worshippers at the Mugodhi Apostolic Shrine in Hwedza has cast a dark cloud on both the Easter holiday and our Independence celebrations.

This freak accident which comes when the nation is still reeling from effects of the devastating Cyclone Idai once again highlights the importance of absolute care, and ensuring roadworthy vehicles on our roads.

On behalf of the party, Zanu-PF, Government, and on my own behalf, I wish to convey my deep, heartfelt condolences to all the bereaved families, and to all members of the Mugodhi Apostolic Faith, on this tragic mishap.

The whole nation joins them in mourning as they go through the painful motions of this horrendous accident.