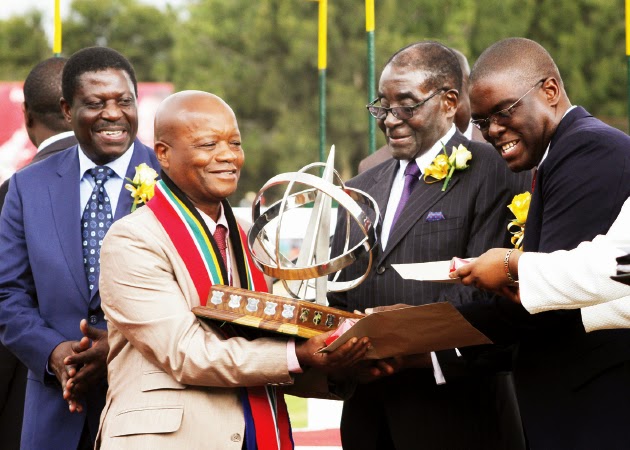 Former Head of South Africa’s intelligence, Vusi Mavimbela says that he found ZANU PF to be very arrogant during the political dialogue among Zimbabwe’s political parties between 2007 and 2013.

Mavimbela served as South’s ambassador to Zimbabwe between 2011 and 2015. He made his revelations in the book, “Time Is Not the Measure” published last year.

However, the roles were reversed when Pretoria realised the kind of people that the cleric would be dealing with in Zimbabwe. Mavimbela quotes South Africa’s then Foreign Affairs Minister, Maite Nkoana-Mashabane as saying:

DG (Mavimbela), we cannot have a Reverend (Stofile) dealing with the intricate political issues in Zimbabwe. We need someone with your political, military and intelligence experience.

She went on to say that Zimbabweans, especially ZANU-PF, were very arrogant politically, militarily and in terms of intelligence.

They would not respect a churchman who had never been in MK (the ANC’s military wing, uMkonto weSizwe) and military camps; they would browbeat Stofile and render him ineffectual.

ZANU-PF, she continued, would have more respect for me because I had the same credentials as they did.

He [Mugabe] took advantage of his position to unleash scathing and unprecedented attacks on South Africa.

He claimed that the SADC was finding it difficult to industrialise and integrate economically because South Africa, the region’s dominant economy, was still in the hands of whites.

In the same breath, he praised his own policies of taking land from white people and nationalising Zimbabwe’s natural resources.

I was sitting behind Zuma and Nkoana-Mashabane throughout that tirade.

They were stunned by the unprecedented and unprovoked attack, which went on for an inordinately long time. They kept putting their heads together, whispering and frowning in disbelief.