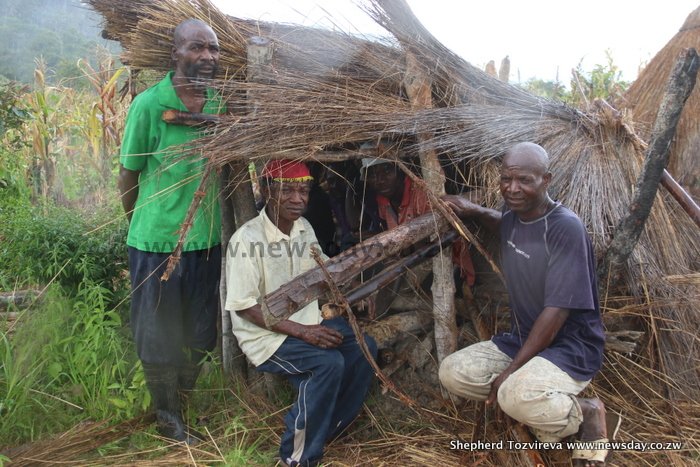 Armed soldiers and police are reported to have evicted about 3 000 families in Chemagora, Sikombela, Bhadha and Sibusiso, under Chief Njelele in Gokwe.

The homeless villagers have put the blame on Chief Njelele and ZANU PF politicians who settled them in the area.

One villager, Nehemia Musakiri (75) told News Day that he has been in the area for close to 19 years. Musakiri said:

I have been living in this area for 19 years after moving in during the land reform programme, which was spearheaded by former President Robert Mugabe. Since then, many Zanu PF parliamentary candidates have been to this area seeking for votes and they promised to legalise our stay, but they did not.

Another villager, Sandra Mutisi narrated that their home was demolished in 2013 immediately after elections. This forced them to stay in makeshift houses for more than a month. She said:

Former legislator Doroth Mhangami promised to legalise our settlement, but we were surprised as armed soldiers and police came and destroyed our homes. We were forced to stay in the open for more than a month.

A News Day article reports that the land dispute has resulted in the murder of one farm owner by illegal settlers after he shot one of them. It has also resulted in Chief Njelele dragged to courts on accusations of illegally resettling these farmers.